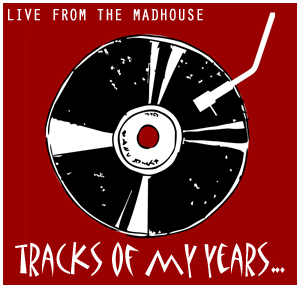 Music is often inextricably linked to an event in your life.  I too have a song which is linked to a certain time in Maxi’s life and up till recently always brought tears to my years.

When my boy was 4 months old, he was unwell, it was our first experience of a cold and he was pretty under the weather, but being a first time mum I didn’t want to take him back to the GP and be labelled an overprotective mum.  I was shattered, he wasn’t sleeping, he was screaming and couldn’t be settled, but I managed to get through to the weekend when MadDad was home.  Maxi couldn’t sleep and was only happy sitting up, but the trouble was he couldn’t sit up unaided on his own, so we kept putting him in his pram and swing.  I also sat him on the sofa next to me, which with hindsight was a silly thing to do, as no sooner did I fall asleep than he fell off.

You can imagine I was beside myself and as Maxi didn’t stop crying we rushed our little man to A&E, where we seen immediately, only to be reassured by a doctor that he was fine and that no harm had been done.  I also mentioned that he wasn’t breathing quite right to the doctor, but he dismissed me as being neurotic and we returned home.

Maxi didn’t get any better during the evening, so at 2 in the morning rang the out of hours GP and he said he would come out and see him. From the moment the GP took a look at Maxi the whole world seemed to go in slow motion, he told us he needed to be in hospital now and that there wasn’t time to ring an ambulance.  He took our keys off us and told us he would ring and warn them of our arrival and to just go he would lock up.  So we put our poorly baby in the car and drove.  As we arrived at the hospital there was a team waiting for us at the doors to A&E and Maxi was taken directly to the Children Ward.  Our poor boy was giving up, he was so tired that he couldn’t keep fighting for every breath, which was what he had been doing all day.  He was immediately put on a ventilator and we were took to one side of the room to talk to the Paediatrician who told us that they were currently on the telephone to Great Ormond Street for a bed for him in Intensive care, as our baby was seriously ill and fighting for his life.  They ask if there was any family they could call for us and I felt the bottom fall out of my world.

Yes out boy got better and the story has a happy ending, but for a week it was touch and go and we live with his condition and affects.  We have become hyper vigilant, keeping an eye out for any signs that he could be relapsing again.

For both of us there is one song that just typifies our experience.  We had the album in the car and it was being played on the radio all the time.  It was Wires by Athlete

Tracks of my years, is a something I do to let my children have an insight in to me and my musical history and why certain songs mean so much to me.  I would love to see you join in.  All you need do is link any music post you might have done over the last week.

You can also post the following code if you would like to have the link on your blog and join in as a blog hop:

get the InLinkz code

17 thoughts on “Tracks of my years”