This Traditional Christmas Pudding Recipe with a Twist with a twist is brought to you in conjunction with The Royal Mint and their special silver six pence who commissioned us to share our Stir Up Sunday traditions. Growing up in my house Christmas dinner was a family event which always culminated with a fantastic flaming Christmas pudding and the hunt for the sixpence.  I love that we have carried that tradition on. 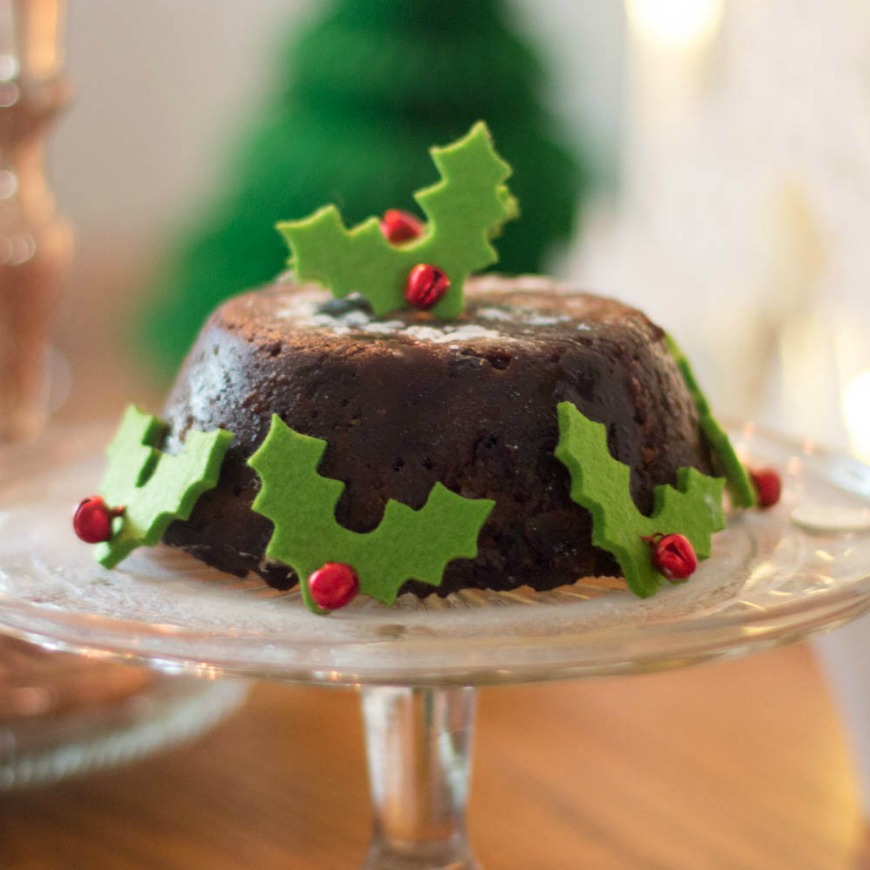 I have been making Christmas Puddings using this recipe since before the boys were born and it brings me so much joy to include the boys in our Stir Up Sunday Tradition.   Stir up Sunday falls on the last Sunday before advent, so this year 20th November and it is a day where families gather together in the kitchen of their home to mix and steam the Christmas pudding on the last Sunday before advent.  There is even a poem that you say as you do the stirring. 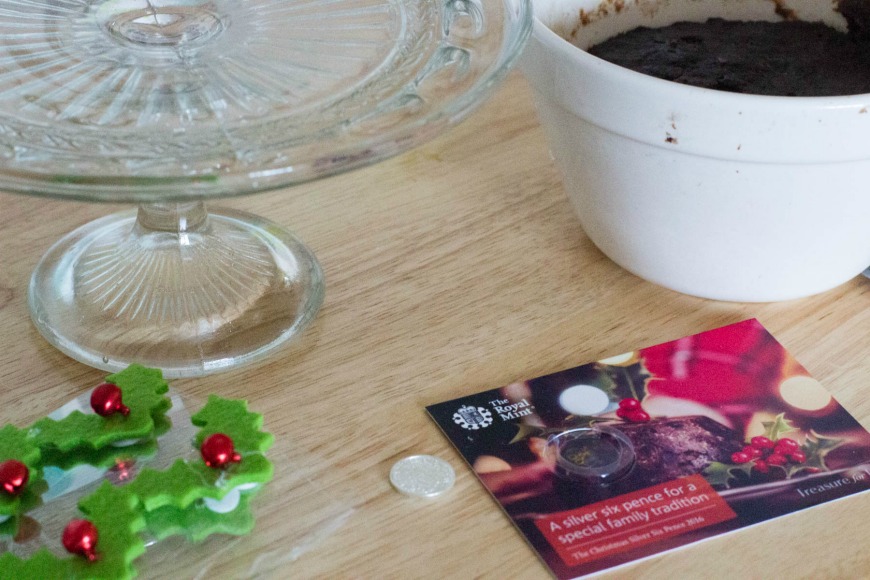 We will be putting a newly minted silver six pence from The Royal Mint in one of our servings of Christmas Pudding.  The Royal Mint has been minting coins for over 1,000 years.  From the 13th century they were based at The Tower of London for 500 years and provide millions of coins to the domestic market (circulative and commemorative) each year.  You can get your Royal Mint Christmas Sixpence online in The Royal Mint e-store. 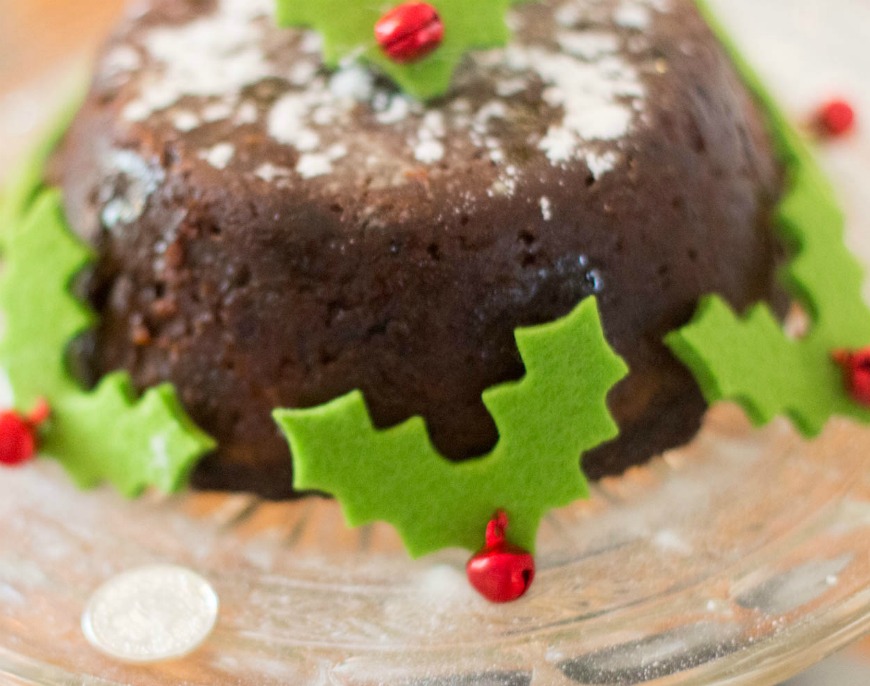 This Christmas Pudding recipe was passed down from my grandma and we added our own little twist with morello cherries rather than glace and also with dark chocolate. 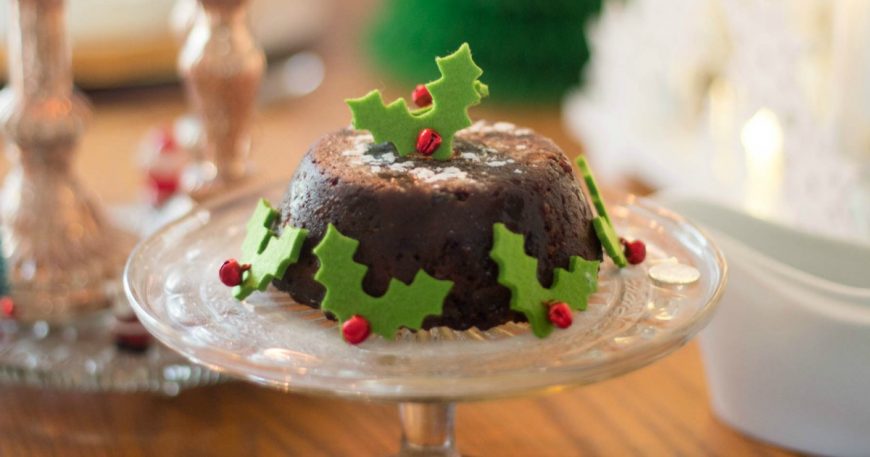 Method to make a Traditional Christmas Pudding with a Twist

The currants, raisins and sultanas will need washing even if the packet says ‘washed’ or ‘ready to use’ as they are always thick with oily gunge.
We wash them under running warm water and dry thoroughly by spreading out on a table or work surface and patting with kitchen paper and clean tea towel.
Once dry and mixed in a bowl, soak the dried fruit traditionally you would soak for at least a week in the brandy, orange juice and lemon juice.  However, I give you a tip if you haven’t the time in our video.
Beat the sugar and butter to a cream until light and fluffy. Add flour, spices, fruit, chocolate, nuts and crumbs and lemon rind. Mix well.
Beat the eggs in a separate basin for 10 minutes and add the brandy. Pour the egg mixture over the other mixture and mix well for 20 minutes
Grease the basins liberally with butter and fill each one to 2/3 full. Cover with a pleated square of greaseproof paper and a circle of silver foil.  I have another tip in the video to make this much easier!
Stand each basin in a saucepan of water to half its depth. Bring to the boil and cover with a lid. Reduce the heat and allow to bubble slowly for about 8 hours. DO NOT ALLOW TO BOIL DRY! When they are cool you may safely store them in the cool cupboard for several years!
On the day, stand the pudding in a saucepan of water and simmer for 1 1/2 – 2 hours till heated through.  If you have cooked your Christmas Pudding with The Royal Mint Silver Sixpence in make sure you do not reheat it in the microwave!
The making of our Christmas Pudding has always been a family affair.  MadDad always creams the sugar and butter and then we all take our turns in mixing and making a wish for the coming year.   Just like when I was young, I do not cook my Christmas pudding with the sixpence in it, but add it as I am dishing up.  If you want to find out more about Stir up Sunday, do take a look at The Royal Mint. 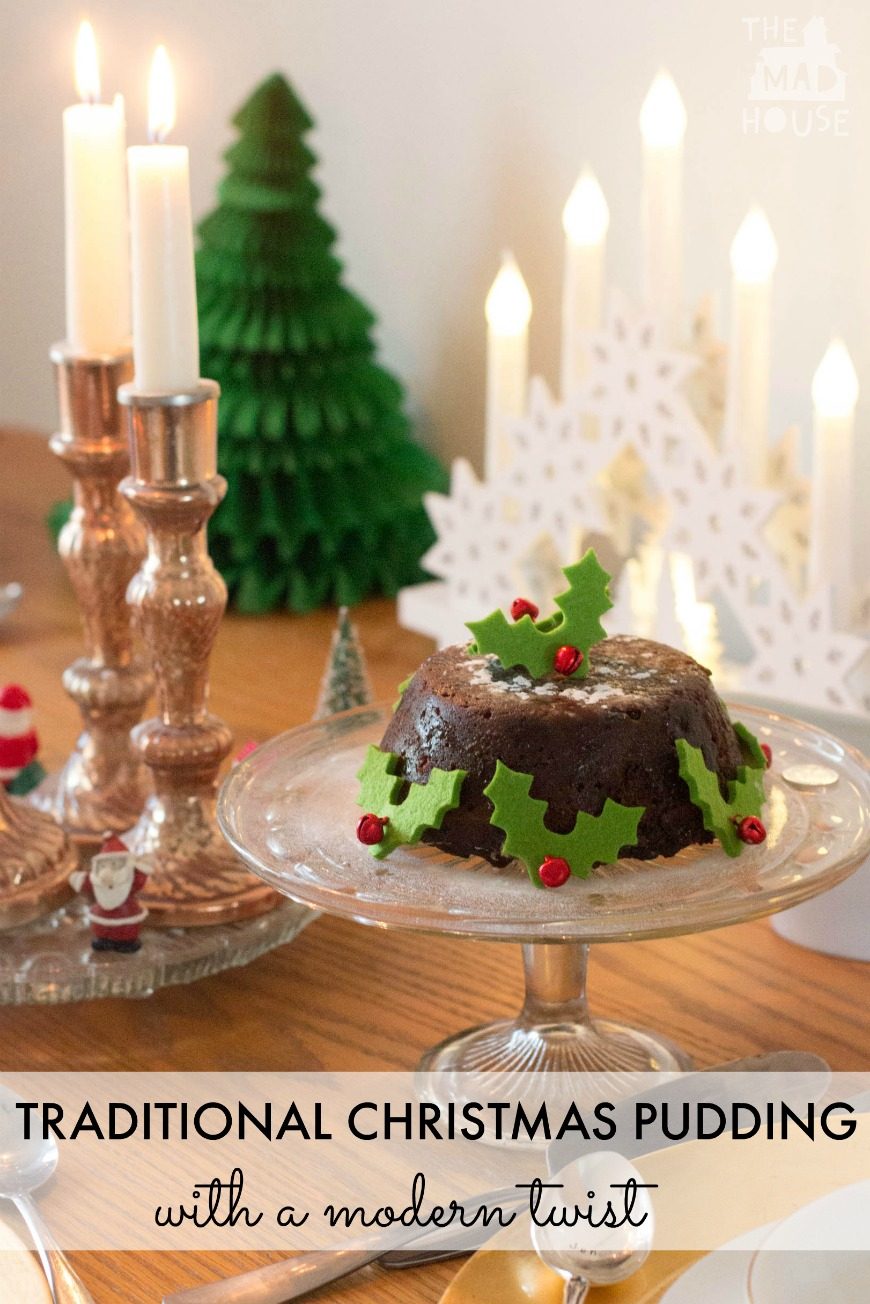 Eats Amazing is sharing her Gran’s recipe too

Taming Twins is in for some trouble if one of her twins gets the sixpence this year.

I love how Charlotte’s Lively Kitchen got her boys involved too.

16 thoughts on “Our Traditional Christmas Pudding Recipe with a Twist”