Skip to content
Home » Review » Trash Packs or Trashies for those in the know!

As far as the boys are concerned Moshi Monsters are a thing of the past.  The new kid on the block is Trash Packs or Trashies as they are known.   Maxi has been collecting Trashies since his birthday in March when he got a lot as presents from friends and Mini has been receiving them as a reward for going to bed without complaint.

Trashies are small collectible monsters that are names after discussing things you might find in the bin and are up to series three.  There are over 200 collectable Trashies in six families:  Movie Trash, The Grubz, Bin-sects, Bin Critters, Hard Rubbish and Bin Monsters. 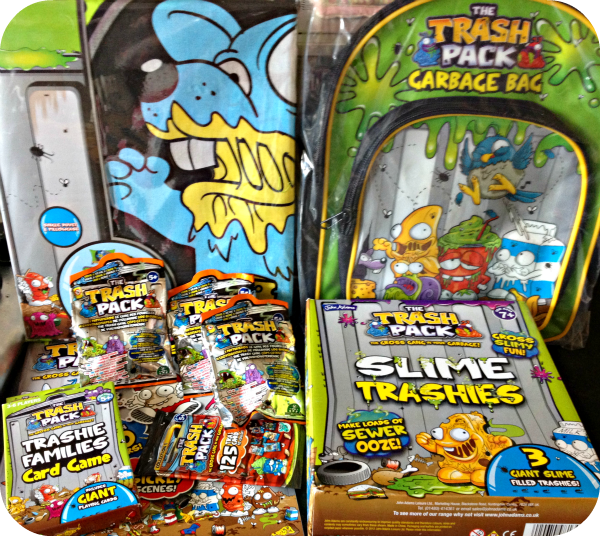 Whilst Maxi was at Cub camp last week, Mini and I had lots of fun making up the Slime Trashies.  We made  gooey, sticky, sewer ooze slime that defies gravity, then we used our ooze to create 3 giant, slime filled Trashies that you can squish, poke and squeeze.

Making them was great fun, Mini had to measure, stir and time his slime and had to wait 30 minutes for it to become fully slimelike, which was great for his patience.

The good thing about trashies is that they are reasonably priced and make great reward and pocket money priced toys.   They also are great birthday gifts for school friends and youngsters aged five to nine.

One thought on “Trash Packs or Trashies for those in the know!”