Skip to content
Home » Bright » What do you do when your children are bright?

All children are unique, they are wonderful souls and a joy to be around.  But what do you do when your children are bright?  Maxi and Mini are both above average when it comes to intelligence.  I say this not as a smug mum, but as a concerned mum.  My aim for my children is and always has been happiness, for them to take life in both hands and enjoy it.  But this last week I have experienced something I never have before, Maxi has not wanted to go to school, as it is boring. 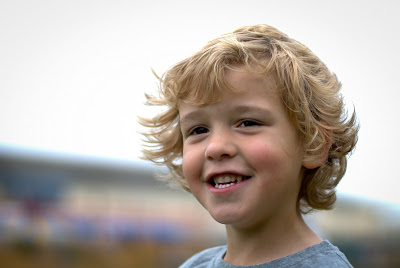 Photo by Clinically Fed Up
So MadDad and I decided that it was time that I spoke to his new teacher and discussed what could we all do to help and an appointment was made.  I am lucky enough to have a couple of really great twitter friends who have been available to advise me on life with bright children, the wonderful Chris at Thinly Spread and also working with bright children, Julia from What will Julia Do Next?and The Heads Office.
This cleverness is not something I discuss with many people in real life, as I don’t want to Maxi to be labeled or for that matter be to be labeled as a smug, self centred mother who pushes her children, but it is becoming an issue.  The few parents who go into school and read with the children have already approached me about his reading skills and one mum asked me if he was a genius (erm no, he is a 5 year old)!  I have struggled to find an outlet for my fears and concerns as I don’t want them to come across as a boasting or over proud mother, who can only define herself by her children’s achievements or in the slight competitive about education, which I certainly am not.
But the fact of the matter is that Maxi not being challenged meant he was board and that mean he didn’t want to go to school, which in turn meant he and I wasn’t happy.  So I felt I had to take this in hand and deal with it and it that means Maxi being labeled as gifted and talented then so be it.  I am concerned for the here and now, we can deal with next years education when it comes around.  I need him to want to go to school now and moving him up a year is not the solution in my eyes.  He is 5 years old, he has the social skills of a five year old and he needs to learn to deal with his talents and also with his peers to become part of their group.

So it was with great trepidation I went to meet Mr P, Maxi’s teacher.  I was keen for Maxi not to become know as the pushy mothers son and lots of other analogies, but truth is, he is clever and advanced in both mathematics and literacy.

I am pleased to say it was a great meeting and I was also delighted to realise that Maxi’s talents had already been picked up on and that action was going to be taken to keep him more involved and challenged throughout the school year.  We agreed on an interim action plan for the next couple of weeks (until Parent Evening) and I came home with a new reading book for Maxi (bought by his wonderful teacher) and a much better feeling about sending my child off to school.
We also made the decision that Maxi was not going to remain in the AFA (Achievement For All) scheme and would rather be moved in to a special maths group with the older children, which will be finalised over the next couple of weeks.
We are lucky in that Maxi is great at sport and hope that he can use this as an outlet to help get through school without sticking out as the clever one or the nerd.  It was how MadDad managed his intelligence and maybe Maxi and one day Mini can do the same.
I feel so much more relieved know that we are putting a plan of action in play for Maxi.  For the next couple of weeks he will be focusing on his writing ability, to enable him to move and be taught with different classes as he needs to be.  He will be focusing on spellings of tricky words, rather than reading (which he is fine with) and also some of the mathematics from later in the year, until his teacher gets his personal learning plan in place in time for parents evening before the end of term. 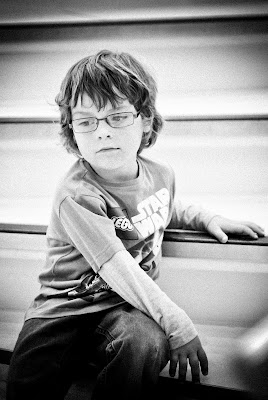 Photo by Clinically Fed Up
I am happy to say that Mini’s needs are being catered for as he has Maxi’s teacher from last year, the delectable Mrs S and she is one of the best teachers I have ever had the pleasure to meet.