MadDad is the trainer/coach/manager of the local Under 7’s football team.  He wasn’t going to do this, but there were too many children interested for just one team and so that Mini didn’t lose out he volunteered to help.   This turned in to a weeks intensive FA coaching training, a full CRB check  and training one a week and two games on a Sunday and all the paperwork and other stuff that comes with it. 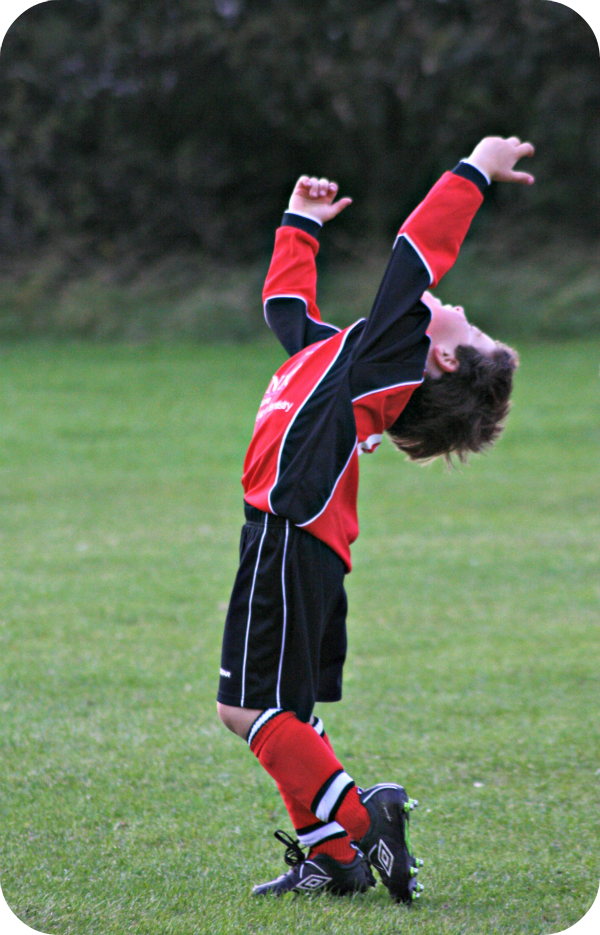 Now Mini has a temper, I have blogged about it before, but he has been working on his emotions for the last seven months or so with amazing results.  It is not often he has a flare, but at  the teams first friendly he lost it and by this I mean he had the most spectacular melt down.  He was kicking, screaming and throwing his football boots.  All because he couldn’t have his number 4 shirt back (he had been in goal) as another child was wearing it.

Any other time, I MadDad or I would have picked him up and carried him stright back to the car, but a) I couldnt lift him after breaking my shoulder earlier in the summer and b) MadDad was the only CRB checked aldult with the team and therefore couldnt leave.

You would hope that the other parents were sympathetic of our plight, but unfortunately this wasn’t the case and one particular parent made his opinion known quite delightfully.  As you can imagine, both MadDad and I were mortified  not only by Mini’s behavior, but also by the lack of understanding of this parent and also the manner in which he displayed it for all to hear (including Mini). 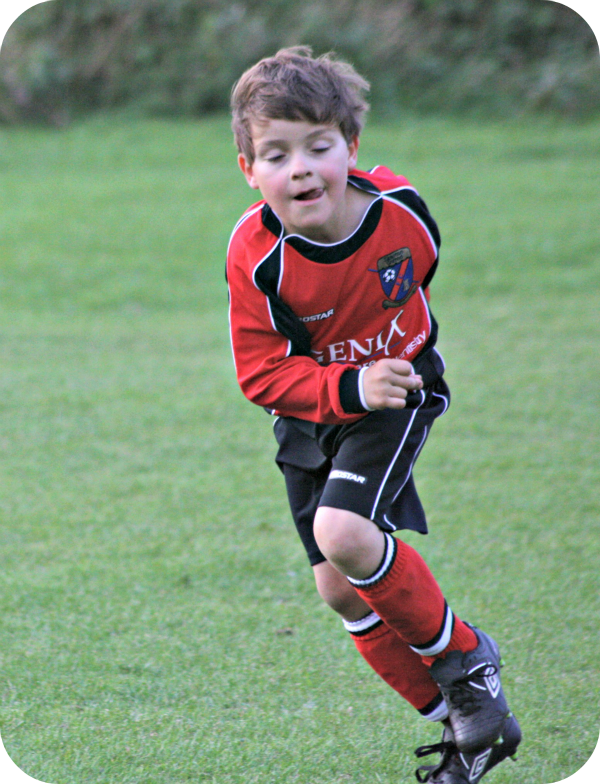 MadDad sent a text after the match apologising for Mini’s behaviour and asking that anyone who had issues to contact him.  But two parents decided to bypass him and take this issue to the chairman of the team.  We made sure that Mini was punished for his behaviour, one by being grounded and then by missing Saturday club.  We also made the decision that he wouldn’t play in the games on Sunday unless someone needed to be substituted (it is 7 aside) and MadDad only has 8 boys registered at this time.

Sunday came and Mini apologised to all the parents for his behavior but this wasn’t enough for this parent who has stated that he is pulling his son from the team.  This has been such a terrible experience for all of us.  We have come very close to pulling both boys from their teams and moving them to another club.  MadDad’s enthusiasm for the game has been shattered and we have all felt emotionally bruised by this judgement in to our parenting.

It was the first week back at school and Mini was tired.  He is six years old, he had a tantrum. I am not trying to make excuses for Mini, but these things happen and nobody should be making judgement on our life without walking a mile in our shoes.  The fact that this parent is so offended by his behaviour now makes me wonder just who has the issue here.  I do hope that his son still plays as all the children seem to have a fab time and love playing.

27 thoughts on “When lines cross”