Skip to content
Home » perfection » Writing Workshop on a Wednesday 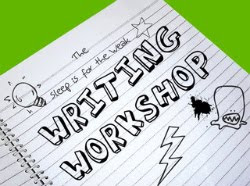 Everything doesn’t need to be Perfect
I used to be a professional who gave 110% to my work.  I was good at my job, some would even say great.  I won commendations from our CEO in the US.  I relocated 600 people without one of them losing a single item in to a brand new building of 160000 square feet over 5 weekends.  I was a perfectionist, I did what I need to get a job done perfectly.
Enter being pregnant and motherhood.  I struggled at being pregnant, I didn’t do it well, I didn’t bloom, I didn’t enjoy it, I was very ill indeed.  I was pants at giving birth too and managed to end up with a crash section.  Breast feeding, yes you guessed it failed at that too.  Are you seeing a pattern here?
MaxiMad was a trying baby, he suffered really badly from colic, the other mums in my NCT group would look smugly at me and him, thankful that there children didn’t cry all the time like maximad.  Initially they offered to hold him in the hope of soothing, but soon stopped offering when he didn’t stop crying even for them.  We tried everything colief, new bottles, new formula, baby massage and finally cranial osteopathy, which seemed to do the trick,
He didn’t sleep for more than 4 hours at a time and that was a record, he was a challenge, but when he smiled at me it made it all worth while.  Then he got very ill, so ill he was hospitalised and ventilated and transferred to ICU at Great Ormond Street Hospital.  I felt a total failure.  I had failed my child, I had failed to pick up on his condition, could it be my fault, could it have been down to the medication I had to take to get through the pregnancy, could it have been from the general anesthetic I had to have at 20 weeks pregnant, was he starved of oxygen at birth, had I compromised his immune system from not breast feeding.  I worried, I felt guilty, I felt I had failed at being a mother.
He got better and we learned to deal with his condition and I started to feel sick and dizzy.  I put it down to the lack of sleep, but no it was MiniMad, we were shocked, but delighted.
I would love to say I found my second pregnancy and birth easy, but if anything it was as traumatic and eventful my first.  MiniMad was born with a bowl condition and this ensured lots of sleepless nights and worry too.
I now felt a total failure, I had a 50% chance of having a healthy baby and I failed at that too.  So I over compensated.  I cleaned, I made sure we were all dressed, I ironed at 2 in the morning.  MaxiMad and MiniMad only every had home cooked food, no nasties, no sweets, no tins, no  salt, no sweetners.  I did every everything to make it look like we were getting along swimmingly, when in all honesty I might have looked effortless, the fact was I was drowning.
In the end I gave up, both mentally and physically and MadDad sought some help for me.
During my bleak dark times, I was repeatedly told to stop being a perfectionist.  It is not a perfect world, to relax, to enjoy being a mum and take things as they come.  Stop trying to control every event and you know what, when it finally sunk in they were right.  You can not control children’s behaviour 100% of the time, but you can control yours.
So some quotes, which sum this up for me:
You cry the same amount of tears over a children lifetime,
Some people shed more in the beginning, others in the end.
Being happy, Inst about everything being perfect,
Its about learning to look beyond the imperfections
There is no one way to be a perfect mother,
but there is a million ways to be a good one.
I finally understand that we dont live in a perfect world, I was being to hard on myself and had unrealistic expectations of parenting (but that is another post altogether) and I needed to just do the best I could at the time.  It was OK to not be perfect at everything, in fact by not being perfect I was doing a really good job of preparing my children to live in the imperfect world.
This post was written for Sleep is for the weak’s Wednesday Writing Workshop.  I chose prompt number 5. Write about the best piece of advice you have ever been given.

14 thoughts on “Writing Workshop on a Wednesday”