I am really lucky that I have two boys that take no encouragement to be sporty and active.  They love being out playing with their friends and often only return home if they are hungry or it is dark!   For the last three weeks the MiniMads have been testing out the Yvolution Y Fliker Lift.  Want to know what they thought of it?  Read on… 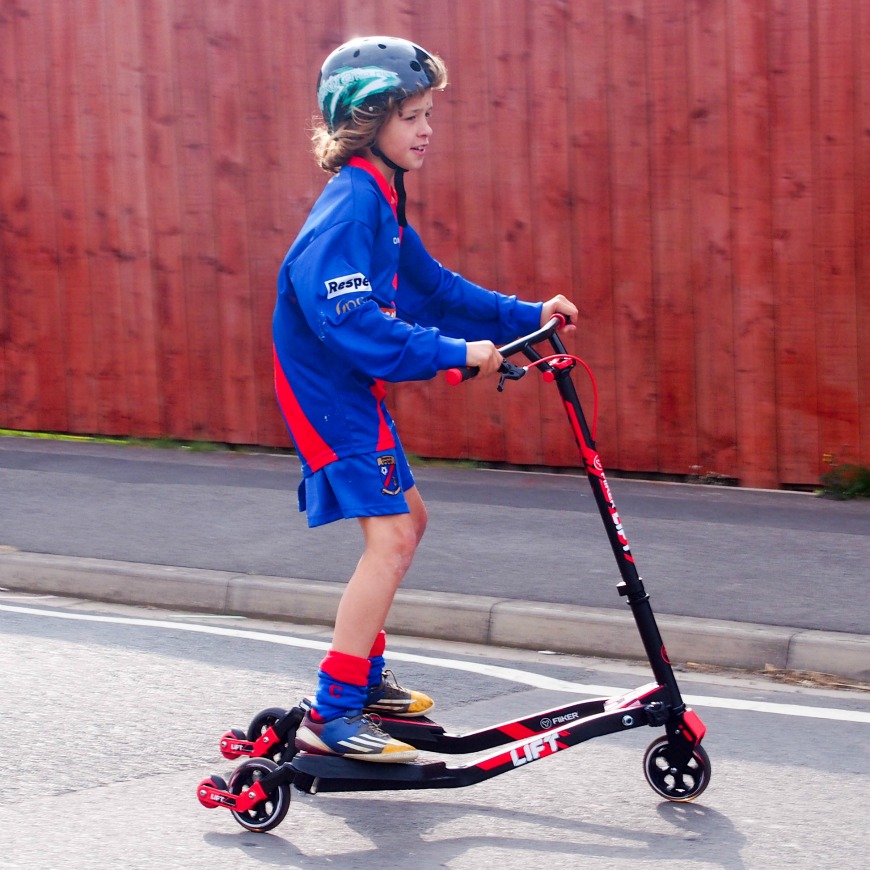 The Yvolution Y Fliker Lift is a three wheeler trick scooter that works my pushing your feet either way in a swooping motion, you don’t wiggle your bum, which is what I wanted to do!  I think the technical term is a reciprocal scooter.

It took nine minutes to get the scooter from the box to them using it outside.  it would have been less, but they insisting on “helping”!  You get all your need to get it up in the box, but make sure you read the instructions all the way through before you start, as I didn’t think they were in a logical order. 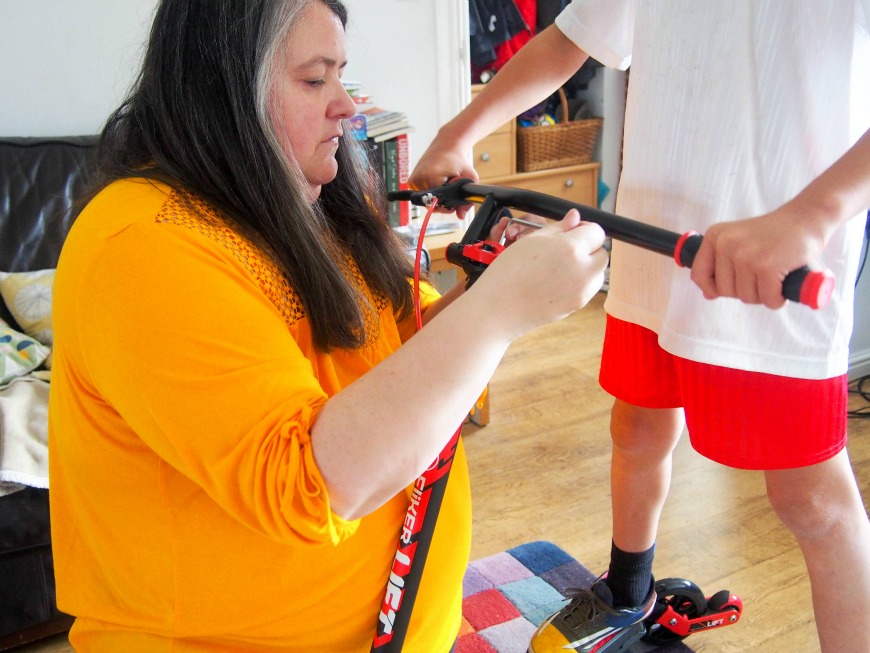 The Yvolution Y Fliker Lift is unique as it has small wheels that they call lift technology which enables stunts, such as wheelies, drifts and carving.  Maxi loves the fact that it is more than just a standard scooter and has been having lots of fun with it.

The Yvolution Y Fliker Lift has been a big draw for all the ten year old’s in the area.  It was fun watching them all line up to have a go on Sunday and they all knew what it was when they saw it and they started singing the song from the advert! 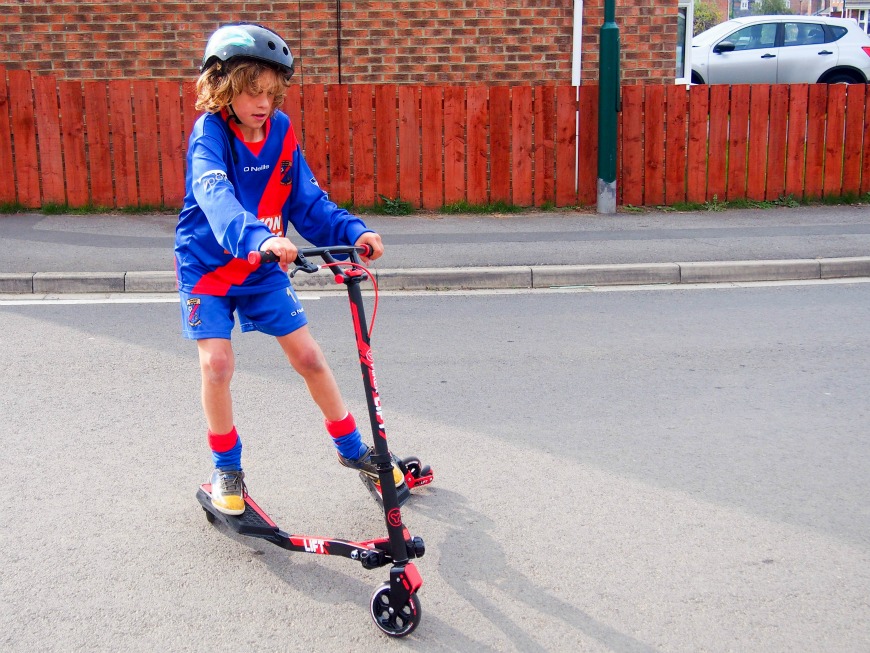 Our garage is full of bikes, scooters, trikes and go-karts and I was concerned that we might not have room for the Yvolution Y Fliker Lift, but I was wrong.  The Y Fliker folds really compactly, you just turn the do-dahs (yes the technical term) at the front and the handle folds down and the legs fold together making it comparable in size to a standard scooter.

Now I am not going to pretend that the Yvolution Y Fliker Lift isn’t an investment piece.  It costs £99.99, which is a lot for a scooter, but not when compared to a stunt scooter.  Oh and if all these terms mean nothing to you, then you need my parent’s guide to buying scooters.   I can see the boys and their friends getting a lot of play out of the Yvolution Y Fliker Lift.  Learning new tricks and trying to out trick each other. 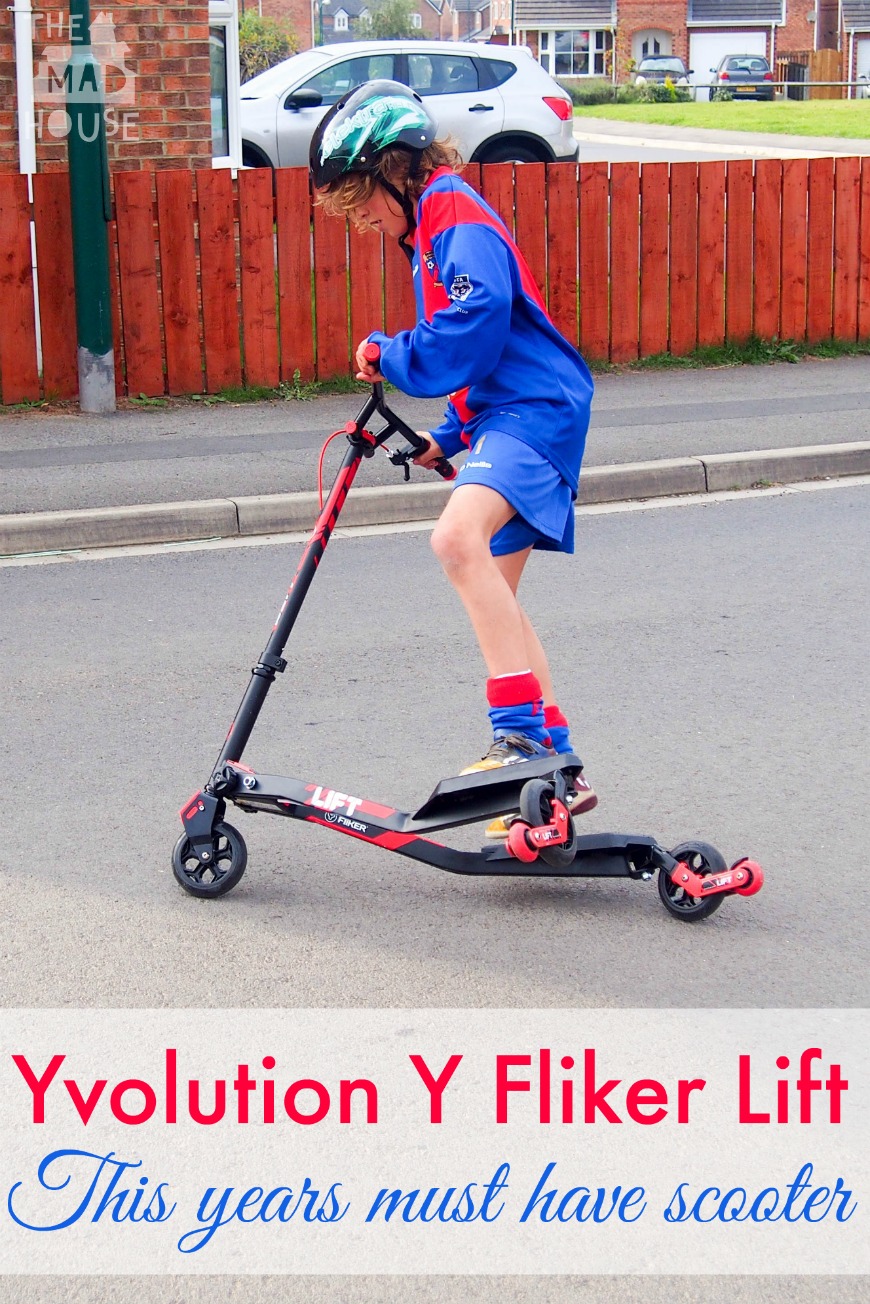 The only downside of the Yvolution Y Fliker Lift is the fact that you need a fair bit of space to be able to make the most of it.  We live on an estate with lots of children so the cars drive pretty slowly, so the boys were using it on the road.  You need more than a pavement to get the best of it trick wise.

Don’t just take our word for what we think, here are some other blogger reviews of Yvolution Y Fliker series 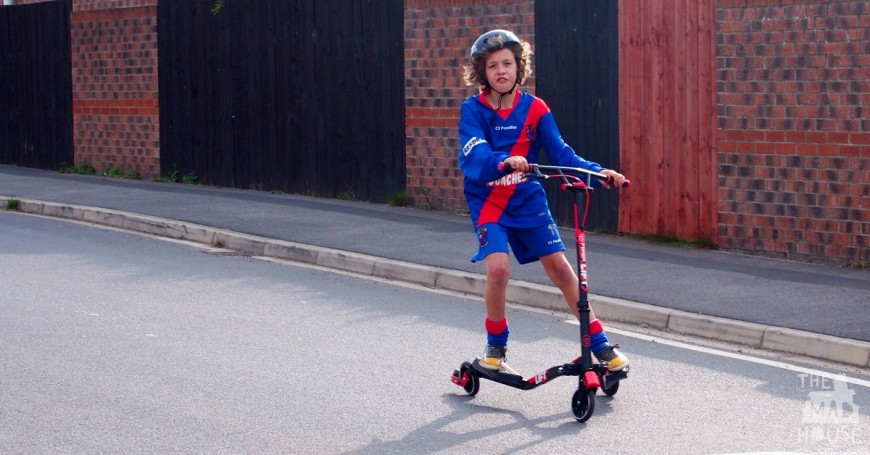 Disclosure: We were gifted a Yvolution Y Fliker Lift for the purpose of this review, but as ever we tell it like it is!

Over 50 Lunch Ideas for Lockdown