I picked up a chocolate coin maker from Marks and Spencer in the January sale for £1.50 and have had it in the cupboard since then, well me and the mini’s had our first attempt at making our own coins.
You can only make four at one go and need to use cooking chocolate, but it was great, if not messy fun. 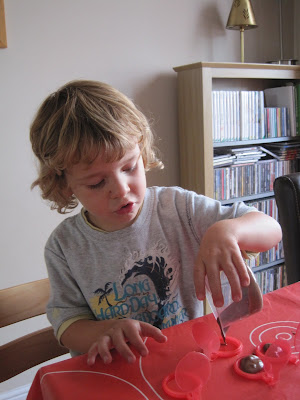 MaxiMad melted the chocolate in the microwave and then poured it in to the four moulds that we have. I then popped them in the fridge to set, whilst the two of them licked clean the jug!! 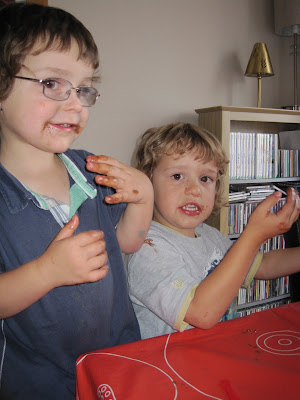 Once they were set, we took them out of the moulds (we should have melted more chocolate, but at least we know for next time. 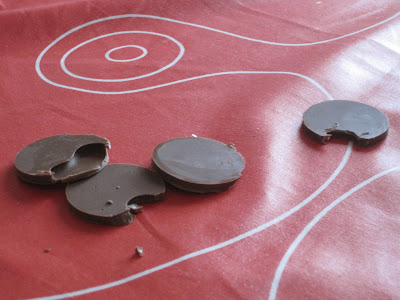 We then cut the foils for the outside of the coins and pressed them on to the chocolate. 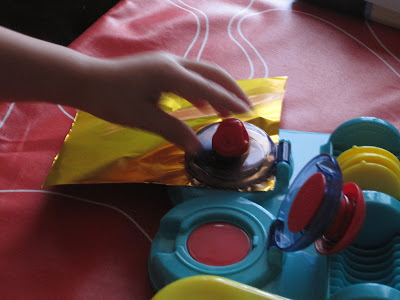 The boys then chose the pattern that they wanted on each of their coins and they pressed the templates on to the foils and I explained that was why they were called impressions! 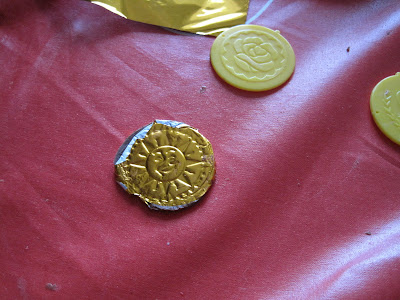 They weren’t that tidy, but the boys did all the work themselves and didn’t even wait to show MadDad, they just ate them.